ANYONE WON A GAME YET?! 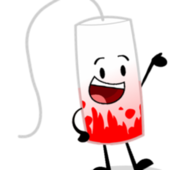 By PeriodPuddle,
August 23, 2017 in Chicken Dinners

Top Posters In This Topic

Are you here to play on our SoE server? You MUST read our Guidelines and learn the basics before joining the server. Failure to do so will probably lead to you being kicked and/or banned from our servers. By clicking accept, you are stating that you have read the Guidelines and agree to the Terms of Use of our site.. Thank you and enjoy!