What's expected of our players on SoE? 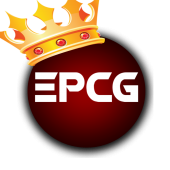 The question of what is expected on our SoE server has come up numerous times and has always been a talking point. As of our beta release, our server numbers have had a steady flow of players around the clock. That's great and we're all happy to see this. SoE has been around for about 5 years and is one of the longest running FiveM communities. Many of you have been around for a good portion of this ride and some for the whole ride.

I hear and read people's opinions from all angles. We'll never all agree on a total vision of how SoE should be because everyone has a different view on what great RP is. So, I'm going to do my best to lay it out for what we expect from our players while on our SoE server. We understand it's a game and an escape from reality. We also understand that some people take it super serious, some are a bit too relaxed in their RP and play more like it's just GTA Online. Finding that balance is the part which is nearly impossible to satisfy everyone that plays here.

Our goal is to provide a fun atmosphere, yet is strict enough with rules and enforcement so you can enjoy your RP without having those game breaking moments from other players. Yes, we do like realistic aspects in roleplay to a certain extent, but we prefer quality RP over everything.

What is quality RP? Well, that depends on who you ask and the type of player you are. I think most would agree, a character with a story, positive interactions, or not having the "must win" mentality is a good start. Appearing to be serious with your character and not being "that player" that no one wants to interact with. Things like constant action RP from the same players, for example, turns into a rinse and repeat. Cops start to know who you are and, a lot of times, don't even want to deal with you because it's the same thing over and over. Then you as the player gets bored because the cops aren't chasing you all over the map or responding to the 16th store you've robbed in 20 mins because you stole a dirt bike and take off up a mountain as soon as they pull up. Think over what you're doing or about to do and put a little thought process into the scenario. Switch up your approach and mix it up, keep it interesting.

This is where having some realism comes into play. Can you jump your car off of a 15 foot high overpass from one highway to another? In game yes, do to the mechanics. Should you do this on our server? No, you shouldn't. The cops are held to a standard to where they can't do this so the level of RP on one end is being held to a high standard and the civ side should be thought of at the same level. So, in this example, your breaking the side of immersion for one group while you appear to have the "GTA Online game style" or the "must win mentality". One side has fun, the other side gets frustrated. It works both ways too, the emergency services are not perfect. I know the examples I give seem one sided, but they are not. I've been on the receiving end of questionable RP on my civ/criminal characters over the years. I used those examples because that's where a lot of complaints tend to stem from.

I could go on and on all day with examples. Instead, I'll break down some points to consider while RP'ing with us.

Again, that list could go on and on. This read has already went on longer than I wanted it to, but I'm trying to lay it out the best I can for our vision of what makes our RP server a place that most everyone wants to be on. We're not saying everyone needs to RP exactly like the next player, just take a look at your RP and see if you can improve it to bring that quality RP that everyone loves. I appreciate everyone choosing SoE to be their RP server to go to. I look forward to arresting you, robbing you, or providing you service through business and experiencing your quality RP